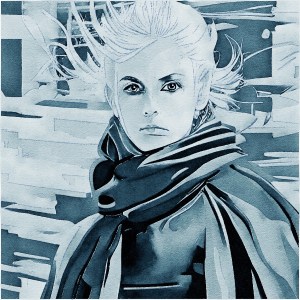 Once a member of a Force-sensitive warrior clan on Eshan, Arya has separated from the clan and gone into hiding as a result of the Empire&rsquor;s inquisitorial actions to eliminate Force users from the galaxy.

Trained as a ceremonial and custom light armorer on Eshan, she now works as a ship&rsquor;s technician and mechanic for independent traders traveling in and out of the Chandrila System. She was one of a small group of people who left the Jedha System during the first night of the Imperial occupation.

She is the main character associated with the Rebellion Begins campaign.