The KonGar Toska Works is an abandoned industrial facility located within the unprotected sector of the planet Pirin in the Pirin System. Originally owned by the Pirin-based conglomerate, Kontag, the facility was first decommissioned in 38 BBY following a scandal uncovered by the Jedi, which rapidly let to the corporation&rsquor;s demise and bankruptcy.

The facility came under KonGar Shipworks control as part of a “New Pirin” initiative deal around 21 BBY. The facility was refitted to support KonGar&rsquor;s Clone Wars-related research and manufacturing, which continued for several years into the Galactic Empire.

Little is known about the nature of the work during this period, however it is believed that the facility was secretly producing Trionex for the Confederacy of Independent Systems. Pirin&rsquor;s records do not provide any detail as to the work that was conducted by KonGar at the facility. All records, including taxation and licensing, have been deleted. Any Imperial references to the KonGar Toska Works have been heavily redacted.

KonGar ultimately withdrew from Pirin and abandoned the facility sometime after 10 BBY, although the exact date is unknown. 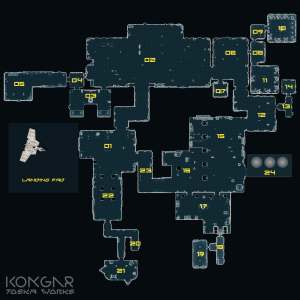 As a result of the expected and widespread abandonment of former Kontag facilities across Pirin by KonGar Shipworks, the government found itself unable to cover the cost of decommissioning and cleanup, and left the facilities to deteriorate and fall into becoming hazardous areas on multiple levels.

Not able to ensure the safety of civilians, salvagers and looters, Pirin requested assistance from the Empire in 1 BBY to conduct cleanup activities — the Galactic Empire refused to provide additional support. As a result, Pirin declared a number of sites, including the KonGar Toska Works, as unprotected and outside of the safety perimeter and jurisdiction of the planetary government. Pirin&rsquor;s citizenry in these areas reluctantly relocated to the declared safe zones, and regional security has since collapsed.