The Tof are a near-human alien race that exists in the Unknown Regions, rumored to be from the outer edges of the Firefist Galaxy. Because of their alien presence in the known galaxy, any Tof items are extremely rare and have only appeared as within lost Tof ships that were sent to explore the galaxy hundreds, if not thousands of years ago. Tof Raiders and Seekers are believed to be members of the warrior and explorer caste of Tof society, which is reflected in the specification and configuration of the gear. The Tof Security Rifle is an extremely rare weapon that originated from the Firefist Galaxy, and first found aboard the Dugan&rsquor;s Hand, an abandoned Tof Drekkar Class Battle Cruiser. 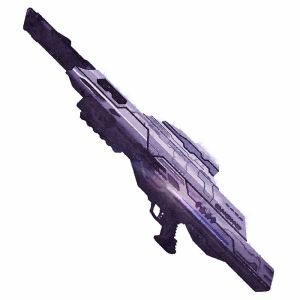